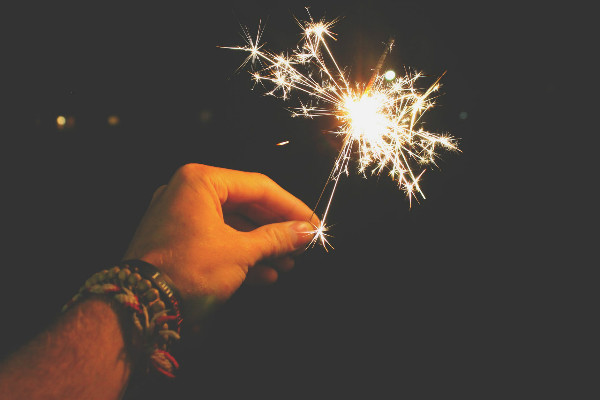 On New Year‘s Eve, our class had a party. The atmosphere was good. It was out of the ordinary from the very begining. The boy student from one bedroom gave an unusual performance. We saw a boy named Li Xinmin turn off all the lights in a sudden snap. Then with three resounding crow of a cock echoing in the hall, the hall was again brightly lit in a snap.

Then, the representative of the bedroom Zhu Guozhang asked us to guess a line of a poem related to the above situation. He added that Li Xinmin alone was born in the year of the dog and the other three were all born in the year of the chicken. They left us all in confusion. And it was our monitor who was quickwitted. He shouted our, The day breaks as the cock crows three times at dawn. The hall After that, they had another item. This time Li Xinmin was placed in the middle of the circle. While he was standing there, the other three stood around him, each bowing down to him at an angle of 120 degrees. It was an idiom. This time I got it right:The dog stands out among a group of chickens.

Spring Festival is a excellent day for every Chinese,especially for children.During the festival,relatives go to visit each other and give presents to each other.then it＇s the happy moment for children,children are given some lucky money.

But i＇m not a child any longer.I want to make the festival a little bit different. I plan to have a different day.I＇m going to sell some toys in the flower market.I will ask my friends to join me.If i earn some money,i＇ll buy some presents to my parents.Well,it＇s my turn to give back to my parents for their love. The Spring Festival is the most important festival for the Chinese people and is when all family members get together, just like Christmas in the West. All people living away from home go back, becoming the busiest time for transportation systems of about half a month from the Spring Festival. Airports, railway stations and long-distance bus stations are crowded with home returnees.

The Spring Festival falls on the 1st day of the 1st lunar month, often one month later than the Gregorian calendar. It originated in the Shang Dynasty (c. 1600 BC-c. 1100 BC) from the people's sacrifice to gods and ancestors at the end of an old year and the beginning of a new one.

Strictly speaking, the Spring Festival starts every year in the early days of the 12th lunar month and will last till the mid 1st lunar month of the next year. Of them, the most important days are Spring Festival Eve and the first three days. The Chinese government now stipulates people have seven days off for the Chinese Lunar New Year.

Many customs accompany the Spring Festival. Some are still followed today, but others have weakened.

An important activity during the Spring Festival is bainian (to pay a New Year call).

People start to pay New Year calls from the lunar New Year's Day，that is， the first day of the first month of the lunar calendar. Ever since the Ming Dynasty in the 14th century，ordinary people have begun to exchange greeting cards on this day. On the morning of the lunar New Year's Day，people get up very early and call on others. The earlier one does so，the more sincere he is. Moreover，people wear new clothes and a new cap，symbolizing that a new year has begun.

The younger generation should call on their elders first，such as the grandfather，grandmother，father and mother，wishing them "Good health" and "Long life". Then the elders give children some money in a red envelope as a New Year gift. After that，people call on their relatives，friends and neighbors. As "big tangerine" is a homonym for "very lucky" in Chinese，so people often present red big tangerines as a gift while paying a New Year call. 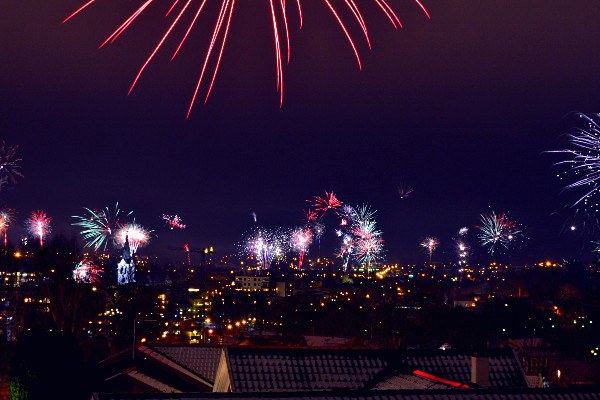 The spring festival is the tradition festival in China.It is the same as the christmas day in the west country,it is welcome the new year.

It is the day that the families get together.

The spring festival is usually in the February ,sometimes in January.In the spring festival,every family all paste the lucky ins criptions,they fire the cracker,they eat the dumplings.The day before the new year's first day is the new year's eve,same as the christmas eve,all the families get together to have the new yaar's dinner,wishes each other,talk about the wishes about the new year.Small children will receive the money given to children as a lunar new year gift.